Generally speaking, proteins in foods are considered to trigger allergic reactions. These triggers are referred to as “allergens”.

Research shows that more than 160 foods can trigger a severe allergic reaction; however, Health Canada has identified 9 foods responsible for more than 90% of reactions. These are called “priority allergens” and include peanuts, wheat or triticale, milk, mustard, tree nuts, eggs, fish/crustaceans/shellfish, sesame, and soybeans.

In Canada, the 9 priority allergens, as well as sulphites and gluten sources, must be declared in accordance with the Labelling Act. Manufacturers must clearly declare the presence of common allergens, sulphites and gluten sources on the food label whether they are present as ingredients or as components of ingredients. The common names are: peanuts, wheat or triticale, milk, mustard, nuts, eggs, fish, shellfish, sesame, soybeans, as well as sulphites, and gluten. They appear either in the list of ingredients or in a “Contains” statement immediately after the list of ingredients.

In addition, under Canadian Law, if an allergen is not listed, but the product may have come into contact with an allergen, it is recommended that the manufacturer indicate it on the label using the statement “May contain” and the possible allergen (peanut, wheat or triticale, milk, mustard, nuts, egg, fish/crustaceans/shellfish, sesame, soy, sulphites, gluten). Unlike the allergen Labelling Act, this precautionary labelling is at the manufacturer’s discretion, and is not considered mandatory. 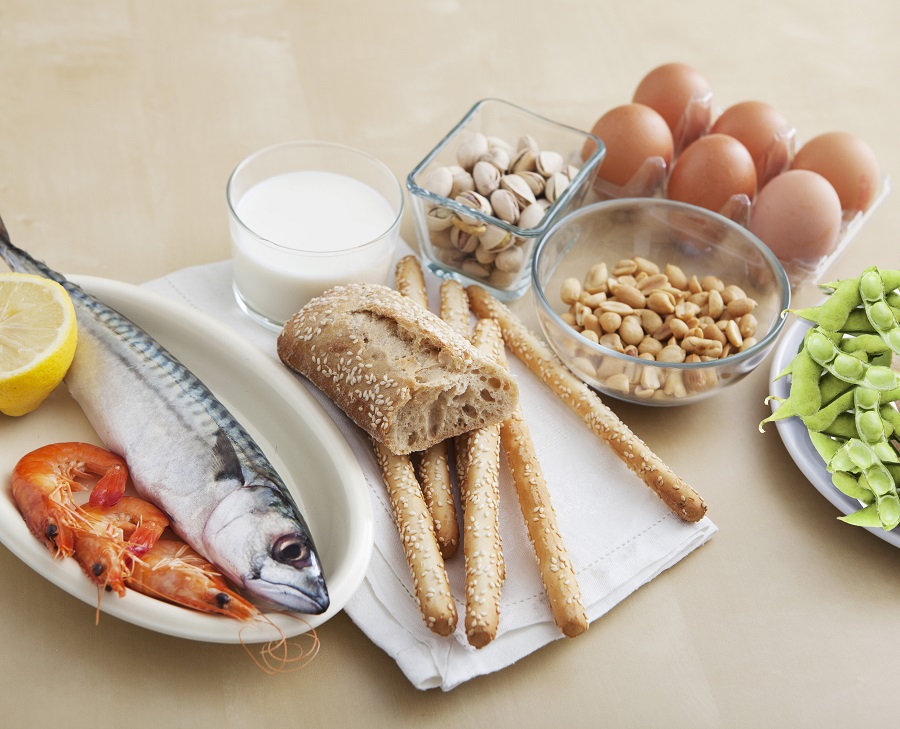